For a fair few years I have been a stone or three overweight. I tried various faddy diets, none of which worked and just resulted in me being grumpy and more fat than I was to start with.
Then in 2013 I was introduced to Slimming World by a bonkers, but lovely friend. I should mention that this particular friend is now my awesome SW consultant (maybe not so bonkers after all). Anyway I was hesitant about joining as I had just assumed that healthy eating meant being hungry and losing weight meant being grumpy, so I’d kind of decided that I was just destined to be a bit fat.
I’m not going to lie, the first week was a bit tricky and getting on those scales wasn’t exactly a highlight, but pretty quickly the Slimming World plan became second nature and last Summer I got to target. Here’s that dreaded before/after shots!!
My former self 2012 (no cake was safe)! I know it’s a cliché but Slimming World has changed my life. I would never have worn a wet suit three years ago, let alone in public and I definitely wouldn’t have tried standing on a board in the sea!
Basically the plan allows you to eat all you favourite foods, you just prepare them slightly differently and you are still allowed chocolate and crisps (both, everyday if you like).
I’m a few pounds above my target weight at the moment so I’m really focusing on what I’m eating and upping my exercise (or body magic as SW call it). So I thought I would share some of the delicious recipes I have been making for the family. This recipe for Beef Kofta Tagine comes from the most recent SW magazine. I’ve adapted it slightly, so this is my version. It’s really delicious and the aroma is amazing whilst cooking. So much so that my neighbour asked me to close the window when it was simmering as the smell was making her hungry!!
Okay here’s how you make it:
Beef Kofta Tagine
Serves 4
Ready in 1 hour 10 mins
This recipe contains, smoked paprika, I absolutely can not get enough of this stuff!! Oh and I love the typography and the fact it comes in a tin, I’m such a sucker for packaging, but this authentic spice tastes ace too, winner! 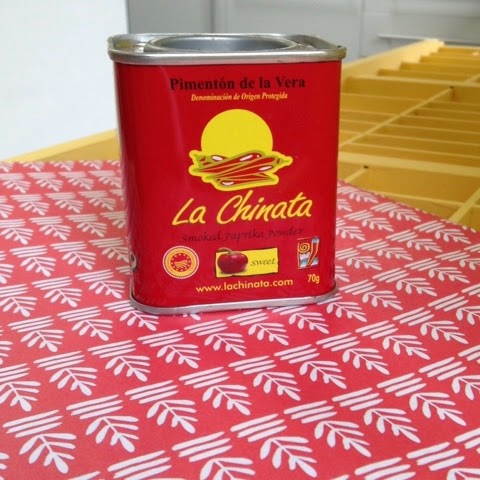 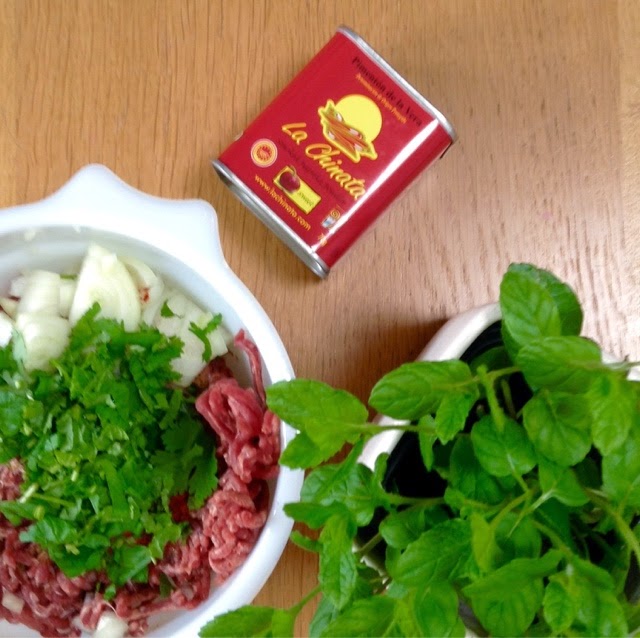 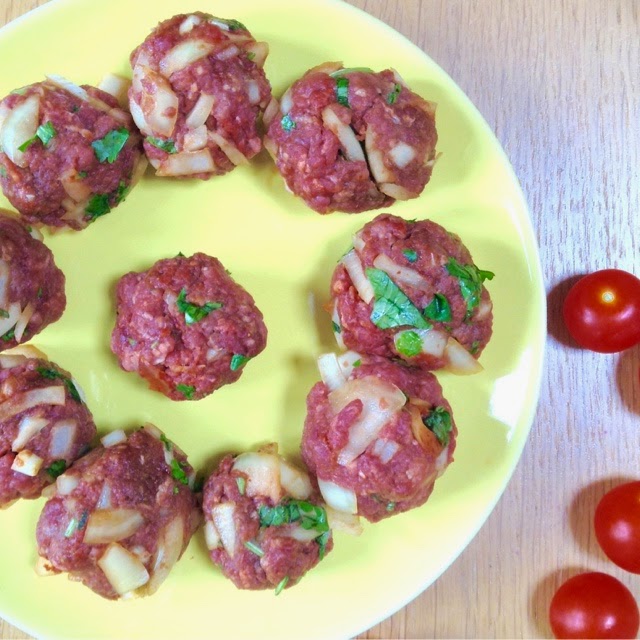 Small disclaimer to all this healthy eating stuff!

I should also mention that when I’m at my target weight I do have the occasional
‘blow out’ meal or cake (or day), but this is a plan for life and to say that I’ll
never have a large glass of red and a bag of cashew nuts again, ever in my life just isn’t
realistic, so from time to time I may post a recipe that isn’t
Slimming World friendly, but don’t shoot me I’m only human!!